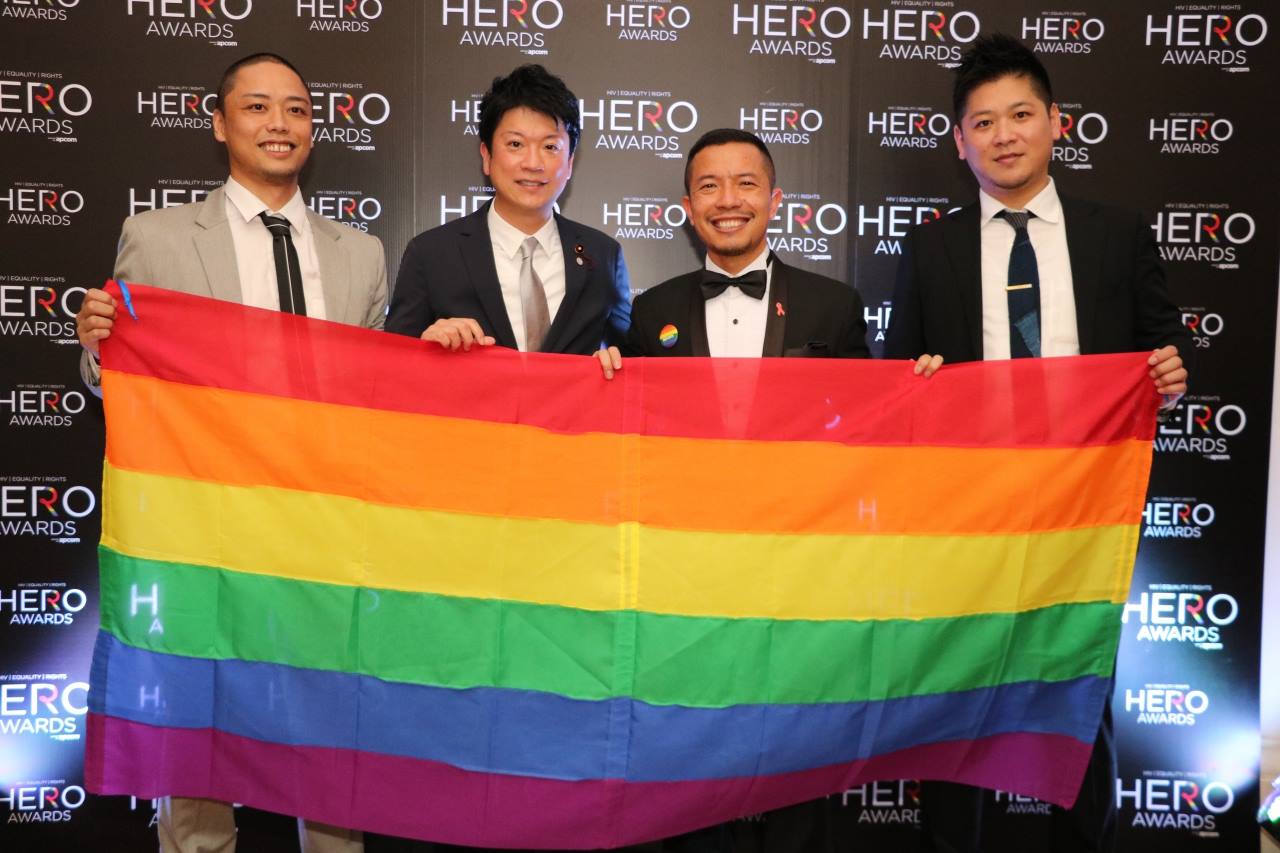 APCOM wants a world where all gay men, other men who have sex with men and people of diverse sexual orientation, gender identity, gender expression and sex characteristics can fully participate in and achieve sustainable development in all aspects of their health, rights and wellbeing.

Formed in 207, APCOM is a Bangkok-based NGO network of over 200 community-based organisations across 38 countries in the Asia Pacific region. The organisation’s primary focus is reducing the impact of HIV on vulnerable communities. And APCOM works to improve human rights and access to healthcare for LGBTI people in partnership with civil society groups, government agencies, diplomatic missions and international organisations like the UN and the Global Fund.

Standing for HIV, Equality and Rights, the HERO Awards is an annual gala event in Bangkok which acknowledges outstanding service to the HIV response in Asia and the Pacific, and to the region’s lesbian, gay, bisexual, transgender, and intersex (LGBTI) communities. The HERO Awards also raises money for the HIV and LGBTI human rights work of APCOM, a leading Asia Pacific HIV and LGBTI community network based in Bangkok.

Taking place on Friday 22 November at the Netherlands Ambassador’s Residence in Bangkok, the HERO Awards is a special fundraising event for the Bangkok-based APCOM Foundation, a leading NGO which works to fight HIV and advance LGBTI health and rights across the Asia Pacific region.

View the video of the HERO Awards event in 2018 which was hosted at the British Ambassador’s Residence, THANK YOU so much for your support last year!

Read our TENACITY: Leaving on one behind strategic framework 2018-2020