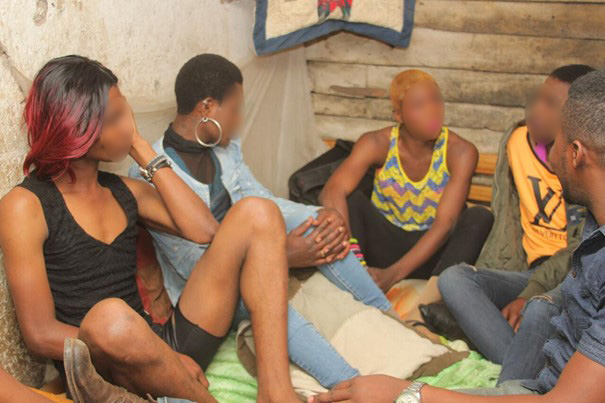 Trans women living in the East of the Democratic Republic of Congo, a post-conflict zone marked by violence, experience all kinds of discrimination and transphobia because of their gender identity and gender expression.  Hateful statements coming from pastors in revivalist churches have rendered these women more vulnerable, reinforcing existing states of precariousness.  This situation has increased the number of trans women living without shelter, worsened their social stability and state of health, and increased their food insecurity.  That is why we must stand up today to say NO and to end this violence and alleviate the suffering that trans women in eastern DRC are enduring.

Incidents of attacks on the physical integrity and bodily autonomy, attacks on human security, and attacks on general well-being have been recorded: between January and April 2021, six trans women were forced to flee their houses in one town in eastern DRC by law enforcement officers.  Nine transgender women living in the street were physically and sexually attacked, four trans women living in the street were kidnapped and subjected to inhumane treatment, and five trans women were arbitrarily arrested in the street by law enforcement because of their sexual orientation and gender identity and expression.

Currently, we have identified 57 trans women who sleep in the streets in a large town in eastern DRC, and the number is only growing.  These trans women do not have means to survive, and their lives are in danger.

The funds collected will allow us to build A HOUSE OF HOPE FOR OUR SISTERS, purchasing a house in the town of Bukavu in a safe neighborhood to house trans women, to ensure their food security for one year, and to train them in entrepreneurship.

All funds collected will be transferred to the account of the organization Rainbow Sunrise Mapambazuko, which will use the funds to buy a house and to make it available to our sisters and to ensure their livelihoods and to train them on entrepreneurship to allow our sisters to have the capacity to seek employment or to create their own businesses.

What happens to our sisters is a daily occurrence, and there is nobody to help them.  Please, support trans women in the eastern DRC today and make a donation with all that you can and share this.